I just tried the demo.  It feels a lot like Animal Crossing with a dash of Dark Cloud... but unfortunately it runs very poorly on my computer.  All the same I look forward to Littlewood's release.  Admittedly it would had been a nice surprise if this was a full action-adventure (as implied from dialogue) with this massive post-game system but as a pure construction/crafting adventure this is very pleasant with a good excuse for why you are rebuilding a town yourself.

Quick edit: Littlewood running poorly is not something the game itself may be at fault for.  My computer is old and doesn't handling some things well.

This game is just so darn adorable to the max and back! what a great idea about being a hero who has already saved the day! i had some fun giving the first little bit a whirl!

This is a really cute game with intuitive mechanics and some nice graphics. My only issue is the days feel a little too short (might just be in the demo though) and sometimes when I build something, the game would trap me in an inconvenient spot.

You can teleport around by opening the build menu, selecting the move or destroy option, moving the cursor/selection tile to where you want to teleport and then backing out of the menus. Even without making any changes, this mechanic will still teleport you to the last place you had the selection tile.

I just finished the demo. The game looks promising.

does this work on XP?

its up to u to rip off a game

This is more like inspired by Stardew Valley, they have alot of differences.

This game takes inspiration from other games, but it is by no means a rip-off or a clone. I'd also like to point out that some of the best games (most if not all) came about by being improved versions of certain game styles and mechanics.
For example, look at Diablo. If you go back far enough you see similarities to Gauntlet. Yet Diablo took that style of game and its mechanics, made them its own and improved on them dramatically to make a fantastic game. Then you have games like Path of Exile and Grim Dawn (built in the Titan Quest engine, so the same could be said of that one) that are still action RPGs in the same style as Diablo but with different skill systems that make them unique and strong games in their own right.
RPGs in general are always going to be based on a previous system and are the easiest to identify how they've progressed over the years, but you see this progression in many other genres as well.

Honestly no, it's a simple demo which is up to five days and then it stars over.

so.. you say they can't make a video on it just because it's short? they can if they want to, even if it's a short video review

Yeah, but it'll be a demo review really and not a full game review. They can do whatever the want :p

yeah, I guess you're right :D also sorry if I came off rude 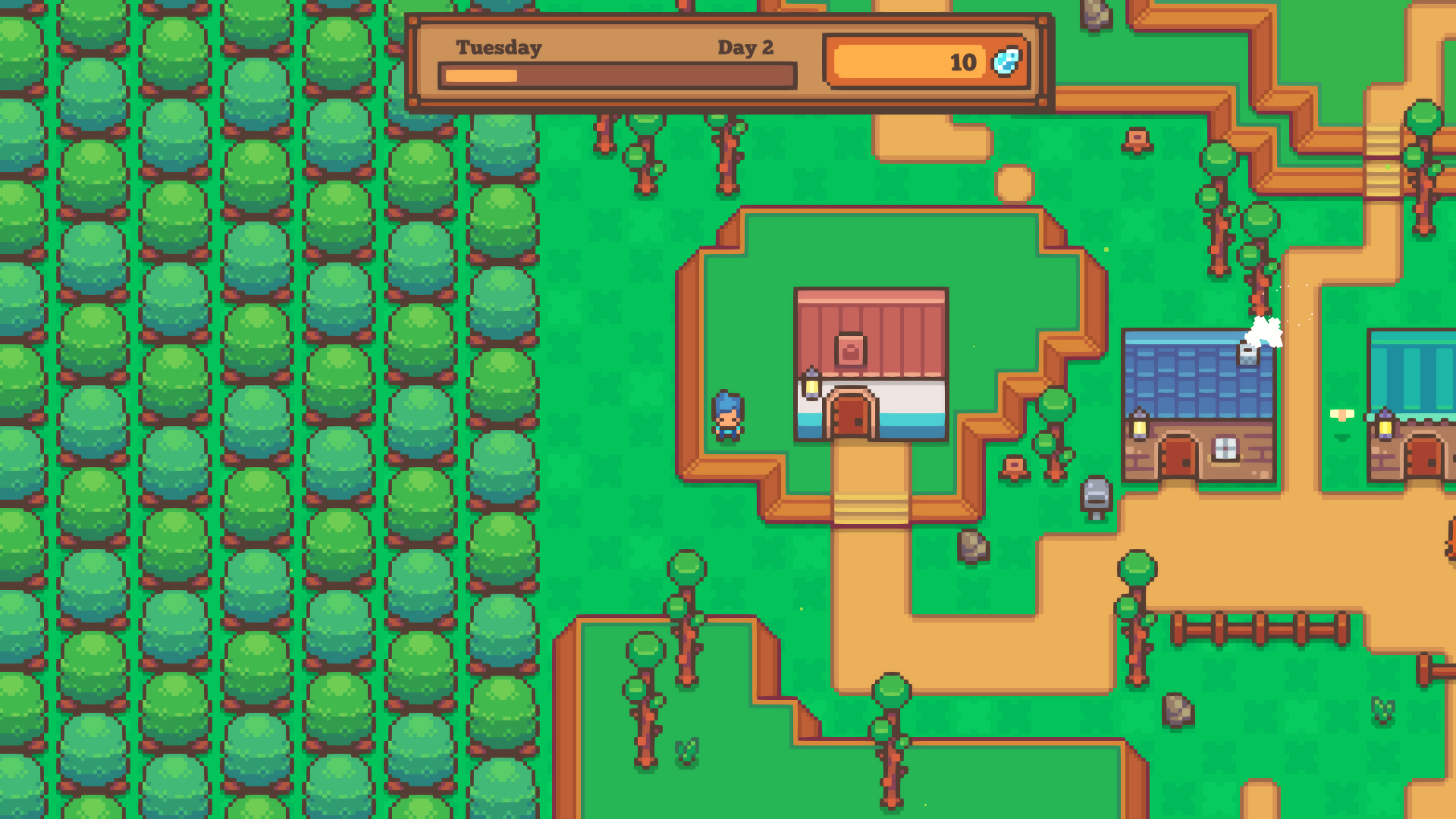 When I placed the store I got stuck behind it.

go into build mode and build something else

Or you can go into build mode, select move or destroy, move the cursor to where you want to teleport and then back out of the menus. You'll pop to the last location of the selection tile.

Very cute. Do have some criticisms, but overall think it has a lot of potential!!

Littlewood is the first game in years that made me want to replay the demo immediately after finishing it. It's a quaint living sim with a RPG satire flavor, scratching all the right itches for Animal Crossing and SimCity fans alike. Can't wait for the full release!

I pressed continue, the key on my laptop and it won't even let me access the game. Wow such quality.

Try uninstalling and reinstalling the game. This doesn't seem to be a common problem based on other comments.

Played the demo, absolutely fell in love with it.  Can't wait for the final version!

I love it! It's such a cute and interesting game, I can't wait to play the full version.

Very well done, the walk is a bit rough, the menus should be able to have interactions with your mouse, but overall amazingly done!

It's unclear how to get/make the tools. The controls are very clunky with WASD, just let me use my mouse with the menus.

This game is super cute and really great. I will definitely be buying the finished game. I think the tutorial might need a little more direction but overall it's super nice.

when harvestmoon being a major of town and being a heroes

It looks so cute! Definitely my kind of game.

I only just started, and this game looks great!

No! its way diffrent than stardew valley and please if you don't like the game then don't come here.

I don’t dislike the game, but if I did, I think it’s only fair to allow both points of view. Just because its a stardew spinoff doesnt mean its bad, but I am certain based on the art and animations that it is definitelly heavily inspired by stardew.

I don't think you understand the difference between a spin-off and a rip-off.

like stardew valley? i'm gonna try it then judge xd ( its a pretty cool game needs alot of updates please make a full version i really like the game can you make it so you can marry that girl lol)

is it laggy for anyone else or just me? I have a Dell laptop so idk if its my computer. But all other games have worked for me no problem. But I love the idea of this!! I've been wanting a game like this (Preferably Zelda) so im really excited to play this demo.

It's pretty laggy, but very cool none the less.

Thanks for the kind words! Littlewood is going to be an amazing game thanks to the love and support from its growing community :)

wait.. is this going to cost money? nooo I barely have any :'(

Everything costs money. We're going to have to charge you for those tears, by the way.

Ah well. Here's a bucket of my tears.

I've backed you on kickstarter and I honestly can't wait for the full release!

(I finished the demo off-camera)

i love it. going to buy it as soon as it's out!

Can't wait for the full game!